History of the District

In 1885 Columbia School District was formed east of Redding.  The first school was located on Old Alturas Road where 2.25 acres were leased from the Central Pacific Railway Company for $2.00 per year.

In 1920 the Pine Grove School lapsed for lack of a sufficient number of students.  The district was divided among Columbia, Mistletoe, and what is now Shasta Lake Union School Districts.  Ironically, the location of the defunct Pine Grove School was considered more convenient to the homes of all the students.  In 1923 Columbia School on Old Alturas closed its doors and the students went to the "new" Columbia School on Old Oregon Trail.

During this period the teacher often lived in a small building at the school.  The teacher, Mr. Sherman Hays, tore down the old Columbia School on Old Alturas in 1928 and used the materials to build a "teacherage" by the "new" Columbia School.

This teacher's house no longer exists, but the white-one-room-schoolhouse is now located at the Shasta College Museum area.  A former Pine Gove student, Gertrude Hart, arranged to have it moved there in the mid 1970's to preserve the building.

Columbia's enrollment gradually increased.  In the mid-1940's the enrollment reached 22 students--too many for the one room school.  Consequently the trustees purchased the barracks located at the present site of the Redding Airport.  Volunteers moved the building next to the school and worked to convert it to a three room schoolhouse, and Columbia became a three teacher school.  Since there was no janitor, the "privilege" of cleaning blackboards and erasers, bringing in wood for the stove, and other duties were shared among the students.  Each student was paid $10.00 a month for their work.

With the "baby boom" of the 1950's these two buildings on the one acre site were not adequate for the school's projected growth.  A citizens committee studied alternatives, and in 1955 the trustees bought 12 acres on Old Oregon Trail from Mr. And Mrs. Benjamin Warneke for a new school site.

The first wing of the present Columbia School was completed in 1956.  It consisted of four classrooms, multiuse, kitchen and office.  Other additions were made in 1959, 1965, and 1969.

Since then the school has expanded to two sites.  Mountain View Middle School located on Shasta View Drive hosts 5th-8th grades and a Community Day School.  Columbia remains home to TK-4th grades, a preschool, and the C.A.R.E program. 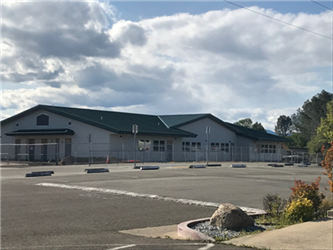 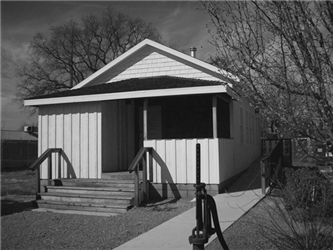 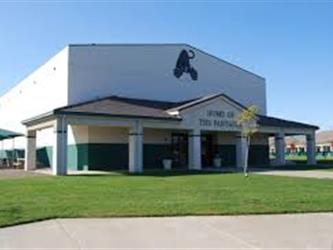